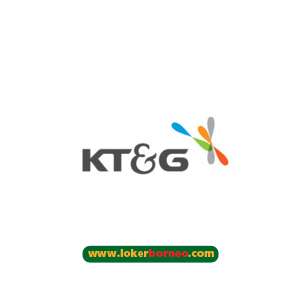 Lowongan Kalimantan KT&G Indonesia Terbaru Juni 2021
KT&G's history in Korea dates back to 1899, when the Imperial Household formed a monopoly bureau to control sources of tax revenues. In December 1948, a bereau was established by the Korean government to monopolize all tobacco and ginseng products.

Since market liberalization, KT&G has been competing with domestic and foreign tobacco manufacturers, and today KT&G holds more than 60% of the total domestic market. This in turn provides a strong basis for other businesses.